A conversation the other night with Sir William of Keglers, Sir Cock of the Walk and Sir Norman of William Nottingham Court led me down memory lane:

Sir Cock of the Walk: “Did anyone here collect beer cans?”
Sir Bowie: “Hell yes – we had a room full of them. My dad even built special wall shelves that fit cans perfectly.”

It’s true, my brothers and I had hundreds of cans. But, that’s nothing compared to a couple of collections that follow. 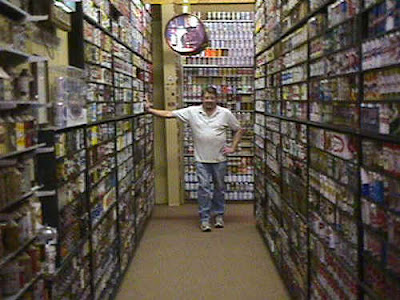 First up: The Museum of Beverage Containers and Advertising in Millersville, Tennessee.

Many years ago Lady Suzanne and our young daughters give me a father’s day gift of allowing me to travel way, way out of our way to The Museum of Beverage Containers and Advertising. They still roll their eyes at the mention of it; I want to go back!.

The Museum – the collection of basically of one family -- Museum contains over 36,000 different beer & soda cans, 9,000 different bottles, and all types of advertising.

The complete story can be read at

Second: The Beer Can Hall of Fame (and Museum) near Boston.

I love how a local paper described the museum: “Arrayed in a kaleidoscopic precision, a sea of painted, weathered steel, these little steel and aluminum vessels are a wonder to behold” 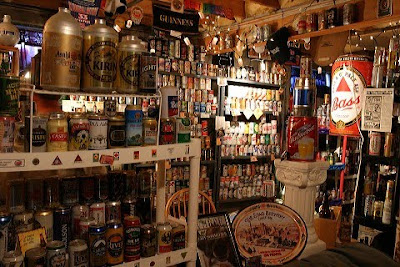 What is it about collecting stuff?

Stephanie Simon (in a L.A. Times story) has an interesting insight:

"No one is quite sure how many of these oddball exhibits exist, because many are set up in private homes, open by appointment only. Officially, the Institute of Museums and Library Services in Washington classifies them as "collections of curiosities," not educational enough to gain true museum status. But some academics are not so quick to dismiss them as random junk."

"There's something about bringing [ordinary objects] together as a collection that lets you see a phenomenon in a way you wouldn't otherwise.... And there's something about the relentless focus of really hard-core collectors that's impressive and intriguing in its own right," said Barbara Kirshenblatt-Gimblett, a professor at New York University who has written extensively about the interplay between food and culture.

"What the Museum of Modern Art does in classifying paintings by genre and period--that's the same thing that the Mustard Museum or The Beer Can Museum or the nut museum is doing," Steiner said. "Only, unlike modern minimalist art, these museums are dealing with something that everyone can relate to."

An enterprising beer can collector created this portrait of one of the Queen’s corgis from flattened duplicates. 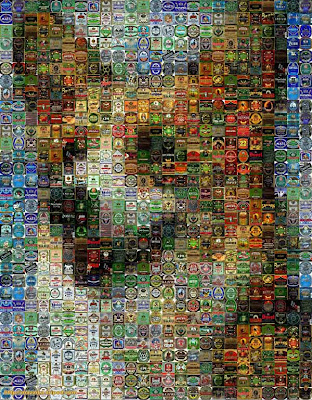 So, fellow Knights, what do you collect?

FYI: The world's largest beer can collection and is now at 75,000 - a third of all the types of beer cans ever made!

Sir Bowie “who has closets, attic, shelves full of junk” of Greenbriar
Posted by dkWells