The Unifying Power of Music

One of the benefits of Sir Hook's Traveling Medicine Show is the ability to revel in live music, which sadly doesn't occur with great variety in my hometown.
And...the benefit of live music is the opportunity to realize the Unifying Power of Music. It's a language that knows no gender, race or age barrier to those who are open to its force. 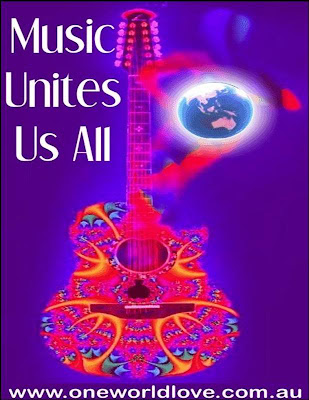 Lady Allwinky joined the Traveling Medicine Show during my past two week trek across Florida, Georgia, Ohio and Illinois. One of the highlights of the trip occurred in a taxi cab in Orlando, Florida, on our way to Hard Rock Live at Universal Studios to take in The Decemberists, a band that we had to bypass at Lollapolozza in order to see Fleet Foxes play during the same time. 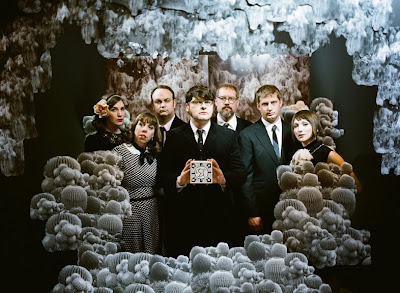 Our Cab driver's name was Lunes, a survivor of a Haitian raft trip to Florida, who is now an American citizen, father of three, and an old soul. When Lunes told us that he was from Haiti we shared our stories of Haiti with him.
Our parish church has a twinning program with a parish in Haiti, where we send supplies and support the community in various ways. We have been to Haiti once and we pay for the education of Eloise, a beautiful Haitian girl, who we have supported since she was 5 years old. She is now 16 and wants to be a doctor.
I showed Lunes a picture of me playing with a Haitian band on my iPhone and that's when the Unifying Power of Music kicked in. 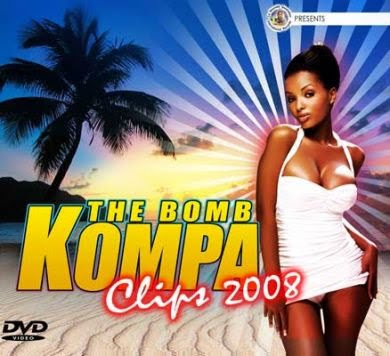 Lunes played us a CD of the Haitian national music known as Kompa. Kompa is a blend of reggae, jazz and soca that is a natural body mover! He delighted in translating the French and Patois lyrics for us as we jammed our way down the interstate in the Harvest Moon night.
A few days later in Atlanta we took in the U2 360 tour at the Georgia Dome. This massive display was an awesome experience, as it brought together 70,000 individuals and moved us as one through the Unifying Power of Music. 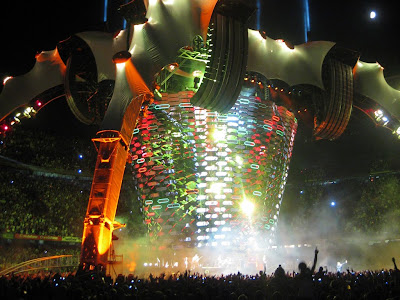 Still, with all the technology, beauty and social conscious that makes up U2, there was something more special and sacred about that cab ride with Lunes in Florida. I felt that Kompa helped me to set my course again with the Compass of my soul.
Sir Hook Who Practices Unity Through Diversity Through the Unifying Power of Music of Warrick
This Post is dedicated to my Father, Kenneth Earl "Bud" Wells, who would be 83 today if still alive. Bud introduced me to my first live musical experience, the Country Western Music Shin Dig.
Posted by dkWells

Email ThisBlogThis!Share to TwitterShare to FacebookShare to Pinterest
Labels: Haiti, Kompas, music, The Decemberists, U2, Unity