Here's an idea for the next Knights "roadtrip."

By THE ASSOCIATED PRESS (CP)

NEW YORK — A trans-Atlantic cruise is being offered in 2012 to mark the 100th anniversary of the sinking of the Titanic.

The Titanic Memorial Cruise will depart, as the original ship did, on April 8, from Southampton, England, and arrive at the spot in the North Atlantic where the Titanic sank on April 15. 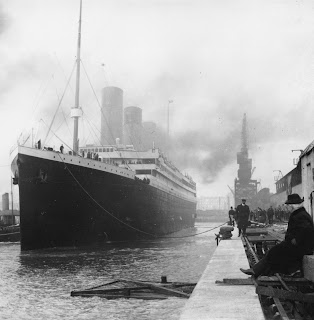 The cruise will then head to Halifax, where passengers can visit three cemeteries where Titanic victims are buried. The final destination for the cruise is New York, where the Titanic was headed. The memorial cruise will also make a stop in Cobh, Ireland, after leaving Southampton, just as the original vessel did.

The British firm Miles Morgan Travel has chartered the Balmoral, a ship owned by Fred Olsen Cruise Lines, for the memorial voyage. The Balmoral holds 1,350 passengers and a crew of 510 and has 710 cabins. Prices for the 12-night trip started at US$3,900 for an inside cabin, including taxes.

The cruise will include food that matches the menus of the original voyage, a live band offering music and dancing from that era, and lectures from historians.

Minneapolis-based Borton Overseas is handling reservations for U.S. travellers who wish to join the trip. Details at 800-843-0602 or http://www.bortonoverseas.com.

Carolyn Spencer Brown, editor of CruiseCritic.com, said the irony of the Titanic is "the boost that the tragedy has given to contemporary cruising. The fact that a ship sank and lots of passengers lost their lives has paled in the face of the romantic image that it portrays."

Jen Schak, a spokeswoman for Borton, said the cruise is "selling quite well. All lower-grade inside cabins and some suite categories are sold out."

Coincidentally, Fred Olsen's parent company Harland and Wolff built the Titanic. The cruise line is Norwegian-owned but based in the United Kingdom. 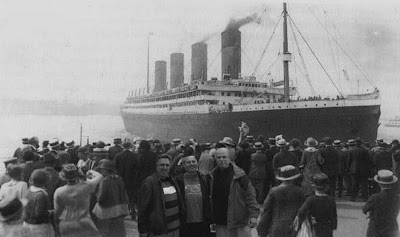 Sir Bowie "who gets seasick just looking at water" of Greenbriar