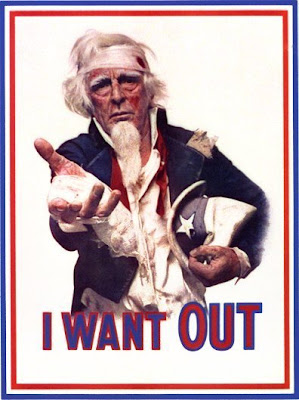 Since ancient times the military world has provided us with a host of words and phrases. In another of my occasional series of the history of words, here is a fascinating selection, that i came across while researching ;
Best Man
Back in the days when a bride might be kidnapped and forced into marriage to bring about some treaty between warring factions, the groom needed his best swordsman of his acquaintances to guard his back as he made off with his bride. The role of "Best Swordsman" has been known since the 11th Century, though it was not incorporated into the British wedding tradition until the early 1800's
Tell Off
In previous centuries the verb "tell" had a secondary meaning of 'to count out or total, as in "telling the Time", or "there were six boxes all told". On Morning Parade of yesteryear, the list of men on charges was read out, or "told off", so they could be marched off to the CO for their "Telling off". Once outside the CO's office, they were called in one by one by the sergeant who then ticked off their name from his list, after noting their punishment, hence the use of "a good ticking off".
Deadline ( fixed date or time )
During the American Civil War the confederate-run PoW camp at Andersonville in Georgia was rightly infamous. Some distance from the stockade wall ran another line, the " dead line" , beyond which any prisoner would be presumed to be attempting to escape and consequently shot out of hand.
Hang Fire ( to delay )
Early cannon and mines were unreliable and there could sometimes be quite a delay between the ignition of the priming charge and the explosion.
Under such circumstances the gun was said to be "hanging fire" and only a fool would go anywhere near it until it either went off or was rendered safe. Firearms and cannon became so hot after protracted firing that pouring gunpowder into them was dangerous so a gun crew might be ordered to "hang fire" until their own piece cooled to safe loading temperatures.
Uncle Sam
The American image of Uncle Sam is built on Sam Wilson, a highly successful meat packer of Troy County , New York. Wilson was a tall and angular man given to exaggerating his height by wearing tailcoats and a stove-pipe hat. In the lead up to the 10 month war against the British in 1812, he was appointed Inspector General of provisions to the US Army.
His own factories were under contract but he could not inspect them himself and delegated the job to a government contract inspector
called Elbert Anderson, who branded all the barrels "EA-US" Wilson due to his kindly manner was known as Uncle Sam, and the joke spread that the brand on the barrel stood for Elbert Anderson & Uncle Sam. Troops insisted they were fed by Uncle Sam and in 1861 Congress officially adopted the image of Wilson as the Embodiment of the American Spirit.
Soldier
Claiming that someone is " worth their salt " is said to come from the days of the Roman empire, when soldiers - so the story goes - were paid in salt. In fact, centurions were paid in multiples of a coin called the solidus, from which the word soldier is derived. On top of their normal wage, Roman soldiers were also paid a small bonus called the solarium, for the express purpose of buying salt for use when they were on duty in very hot climes. This gave way to the word "salary". The expression "worth his salt" is probably a general allusion to someone being worth the cost of the salt necessary to keep them alive.
Zap or Zapp ( kill )
So i will end this set of words with a suitably Z word, that you'd think would have simply come from the pages of American Comic books in the twenties, but it goes back to at least the 16th Century.
The Oxford English Dictionary presents an interesting quote from 1600 demanding that a Castle ramparts be "Zapped". This is based on the Italian Zappare, "to inflict death and destruction with explosives", as dug in with a Zappa, or "spade", by the kind of engineer we now know as a "Sapper".