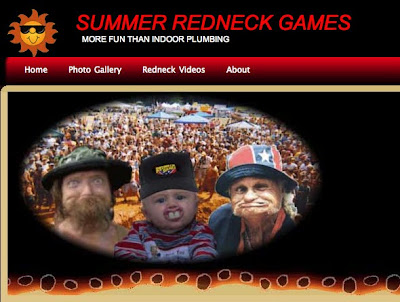 I give you America's answer to Sir D's quest for a limb-threatening, we're no girly men, drink til you die (if not sooner) festival...The Summer Redneck Games...held in Dublin, Georgia every July 5th. www.summerredneckgames.com
This place will make the Crown & Scepter look like a Tea Party! 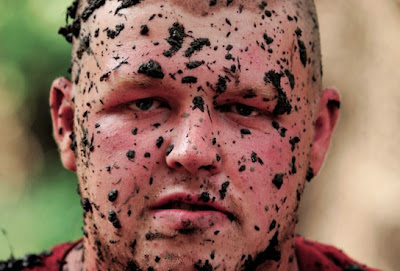 This is the look that Sir D would get as he tries to explain why this guy shouldn't enjoy a lager that tastes like horse piss! 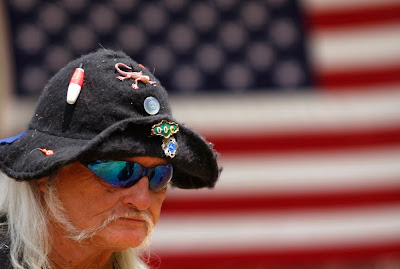 And nothing says American Redneck better than the flag and a hillbilly hat complete with fishing tackle attachments! 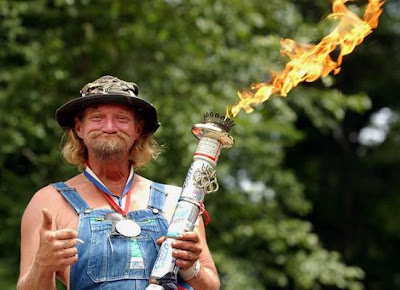 The official keeper of the flame...the Games torch is constructed using butane and Budweiser beer cans. 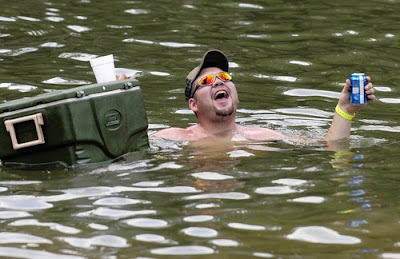 You can participate in drinking without drowning while keeping your cooler full of aluminum containers of horse piss from capsizing... The ever popular, banjo pickin' "Squeal Like A Pig" contest...... 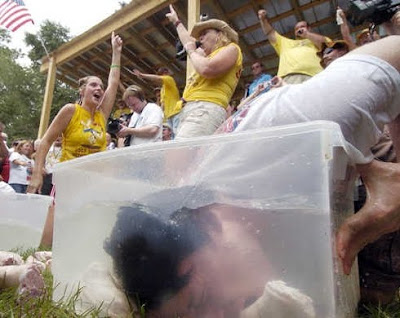 And speaking of pigs...the daunting "Pig Feet Bob" is always a thrill.... 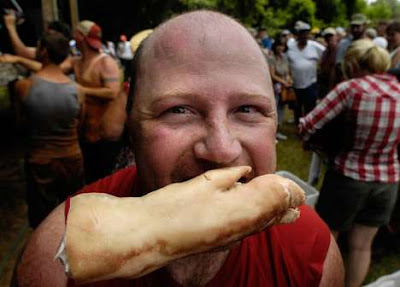 If you don't drown in the bucket of water...you still might get trichinosis from the severed sows paw! 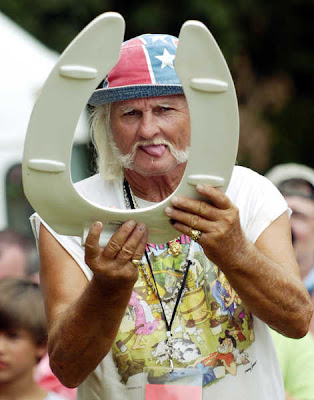 Not quite as dangerous, but requiring in-depth bathroom knowledge, the Toilet Lid Toss is a dead ringer for fun!  Not shown is the unfortunate foreigner who serves as the post for the toss on the other side. 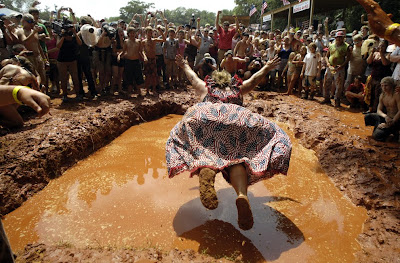 And then...grandma's favorite...The Mud Pit Belly Flop...it's sure to make any toothless lass "get dirty" with you! 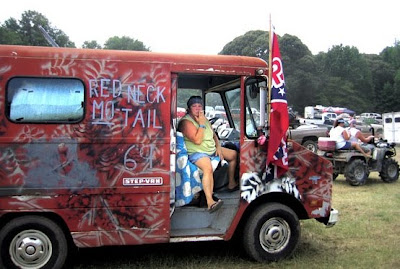 If you're real lucky...you get to shack up in the Redneck Mo Tail with Big Bertha... 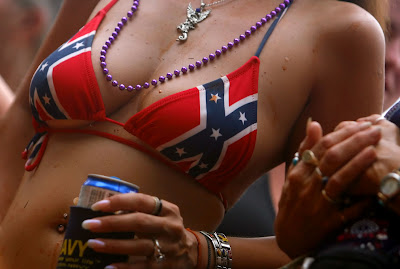 Or pay tribute to the Stars N Bars displayed proudly on Lookout Mountain...one peak is claimed by Tennessee and the other by Georgia!
So, Sir D, when you feel like having more Freakin' Kittens while you learn how to Squeal Like a Pig with a Toilet Seat around your neck...just give us a call and we'll be glad to take you down to Dublin, GA next July!  I bet you'll be liking horse piss before you know it!
Sir Hook I Might Be a Redneck of Warrick
Posted by dkWells