The Short and the Long of It 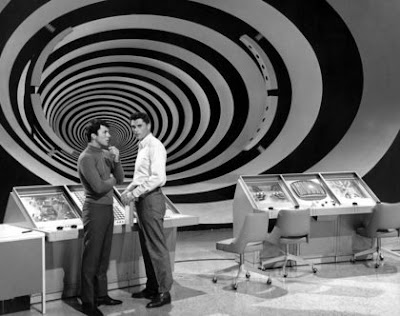 I am now convinced that there is a force field that tries to – and usually does – prevent time travel.

This weekend Sir James of Taylor, Lady Gwendoline of Kensington, Lady Suzanne of Greenbriar and I traveled back to the early 1800s to participate in a Pioneer Reenactment for children of all ages (photos and story to follow).

To make a long story short…

It was obvious that the 21st Century didn’t want us to go, or the 19th Century didn’t want us to come; 40 miles into the trip ( about 10 miles outside our destination) we hit the force field gate. Yes, Sir James’ truck – loaded down with more stuff than a "Prairie Schooners” on the Oregon Trail – breaks down. Using 21st Century technology (a cell phone) we call the auto club and an hour later we show show up to the Rendezvous on the back of a tow truck. Quite a memorable introduction in the eyes of all the school children, I'm sure.

Someone at the event knew someone who knew someone who could be trusted in the little town we were in to come and take a look at it. Diagnosis: broken fuel pump. Even though it was the weekend and his shop was closed on Saturday, he recognized the bind we were in and offered to tow it to his shop for free and put in a new fuel pump.

After that news, we settled into a weekend of 1800s Pioneer Life.

Suzanne and Gwendoline came to the event later and we eventually managed to leave the 21st Century worries behind and have an enjoyable event.

We all did our best to answer questions and I demonstrated cooking over an open fire. I even managed to knock out five more beer recipes (don’t worry, no children were served alcohol or harmed in the making of this blog).

Sunday afternoon: time to pack it all up.

This time, because Suzanne is there, James packed his stuff in his truck (with brand new fuel pump) and we packed all our mountain of stuff in Suzanne's van. As the sun set in the west, we went to start to the van to leave and…. DEAD BATTERY. So dead that it wouldn’t even take a jump. As Jim and Gwendoline had already headed home, we were stuck in the past. Again, the invisible time travel force field locked us in -- this time in the 1800s.

We received a ride home from a women who went about 25 miles out of her way, bought a new battery, called Sir William of Keglers, and the two of us drove the 50 miles back to Rockport, replaced the battery and drove home.

There you have the short and the long of it (which reminded me of this photo I took at an event last year in Boonesborough, Kentucky. 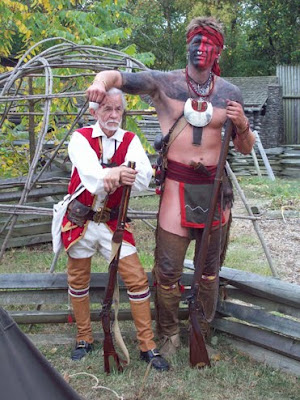 So, the next time you attempt to travel back in time, may I suggest that you always bring your cell phone, extra fuel pump, battery, tools… just in case you hit a time travel deflector shield of some sort!