Yesterday, I introduced you to Shane L. Koyczan (born 22 May 1976). He is a Canadian slam poet who was part of the 2010 Winter Olympics Opening Ceremonies. 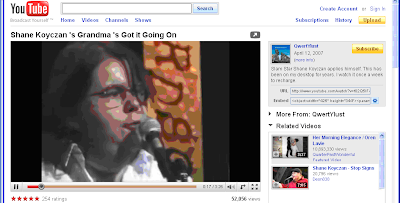 In 2000, he became the first Canadian to win the Individual Championship title at the National Poetry Slam.

I though I'd link one more of poems here... just in case you think Slam Poets don't speak our language.

Sir Bowie "not a poet -- especially a slam poet, and know it" of Greenbriar
Posted by dkWells