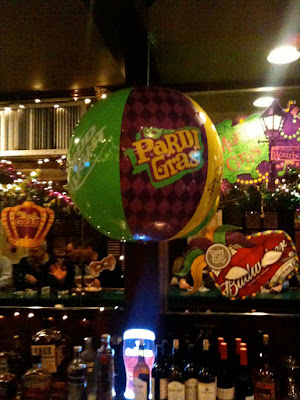 Are you ready to PARDI?! Tis the season, which most people refer to mistakenly as Mardi Gras. We are actually in Carnival at this time. Mardi Gras is French for Fat Tuesday, which is the one day that is officially "Mardi Gras". In the UK that day is known as Shrove Tuesday, which is the official Feast Name for the Knights of Moleskine, Spirit and Ale.
The Carnival season, founded by European Catholics and brought to the Americas, begins on the Feast of Epiphany and ends on Ash Wednesday, which marks the beginning of the 40 days of Lent.
The Carnival season traditionally is a time to forgo social conventions, party, dance, have parades, drink and eat excessively...and other wise indulge oneself in an orgy of senses as the solemn Lenten days approach. Of course, I don't have to change my character to celebrate Carnival and Pardi Gras! 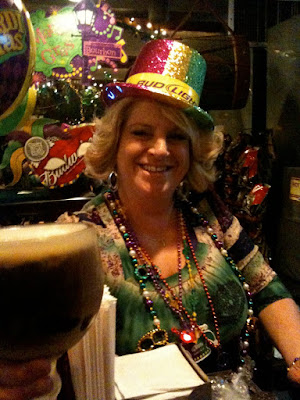 Lady Allwinky and I frequent our neighborhood tavern, Knob Hill, weekly. The Knob is known for one of the better Mardi Gras adventures. Here's Lady Amy of Knob presenting a thirsty Sir Hook with an Evansville original...a Fishbowl of Beer...filled with yummy Newcastle Ale! 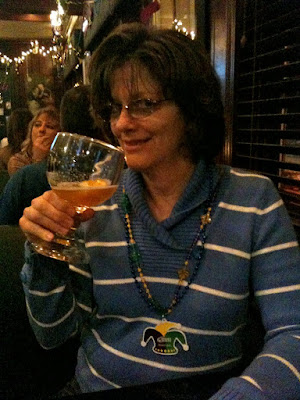 Lady Allwinky gives me that "look" as I ask her if she wants to earn some more beads! 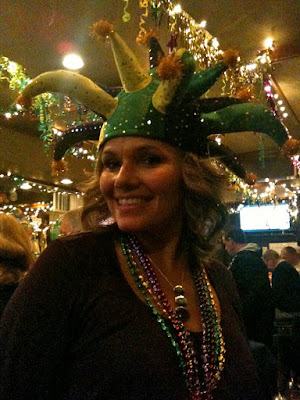 Lady Gina of Knob, playing the part of Court Jester, kept us entertained as we indulged on Oysters, Gumbo and Jambalaya...washed down with Fishbowls of BEER! 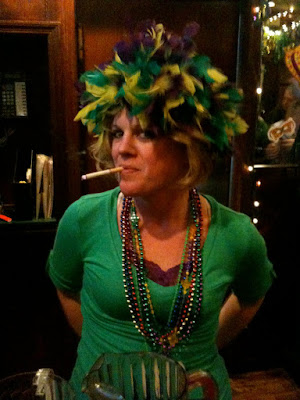 Lady Good Golly Miss Molly of Knob has obviously earned many beads through the night...but be careful how you ask her...she just might Kick Your Arse! 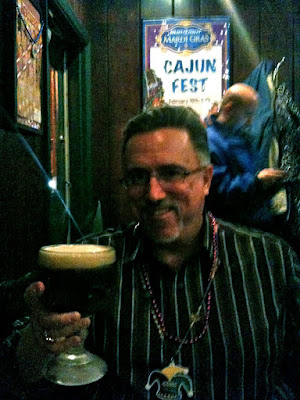 I was given beads for not taking my shirt off! In the States, Mardi Gras is synonymous with New Orleans, the French Quarter and Cajun food.
It was a slight rub of salt in the wound to be a Colts fan and celebrate Mardi Gras New Orleans style. But, what the hell, if you can't beat them, join them! I raised my Fishbowl of Newcastle to all the Knights and Ladies of the Realm and drank to all your health, hopes and dreams.
My health is surprisingly good. My hope is to celebrate this season next year with a Colts Super Bowl victory. My dream is to have a rematch next Super Bowl with them "Who Dat" Saints and kick their Cajun Ass!
Here's looking at you kid! Now PARDI!!!!!
Sir Hook the Pardi Gras of Warrick
Posted by dkWells