What better way to enjoy the Indianapolis, Indiana Colts take on the New Orleans Saints in this weekend's Super Bowl XLIV in Miami, than with a true-blue Indiana Craft Beer. 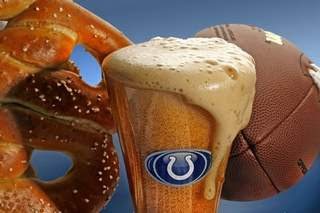 
According to an article in the Indianaplis Star (By Jolene Ketzenberger) Indiana is home to more than 30 craft breweries that produce a wide range of beers.

"The first thing people need to know is that Indiana's craft breweries are as good as they'll find anywhere in the world," said Mike Atwood, who, along with several other craft beer fans, writes the Hoosier Beer Geek blog (hoosierbeergeek.blogspot.com).

As they've grown in popularity, Indiana beers have also become easier to find. While customers can stop in at a number of local breweries for "growlers," refillable half-gallon jugs, bottled craft beers are often available at liquor stores and some supermarkets as well.

The complex flavors of craft beers lend themselves especially well to food pairings -- adding another dimension to Super Bowl menus, which typically feature big, bold flavors. With something like hot wings, for example, Crowe suggests a pale ale, which would balance the spicy flavors with maltiness.

"I'm a big fan of anything slightly sweet with spicy foods," said Corder. "Brugge's Tripel with hot wings would be really nice."

For pizza, said Atwood, "any beer really works, but the amber is probably a better choice because the more complex flavors work better with everything that's going on in pizza, those malty/biscuity flavors with the cheese and crust, and the hoppy flavors with the spicier flavors in tomato sauce and meats like pepperoni and sausage."

And how about those football-shaped brownies on the dessert table?

For beers that pair with chocolate, say experts, you really have to turn to darker beers.

But for a perfect example of a porter that works with desserts, said Atwood, "I'd recommend stopping in at the Broad Ripple Brew Pub and asking for a growler of their Monon Porter. It's basically a dessert by itself." 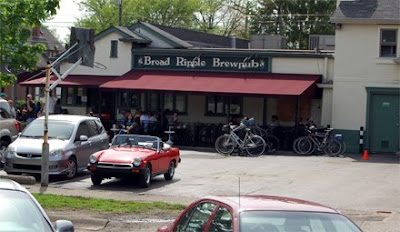 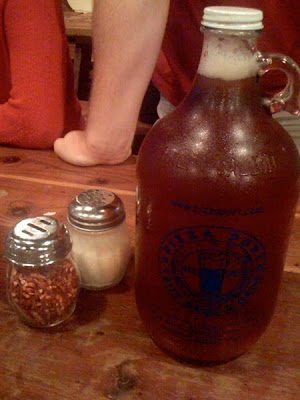 Now, the real question: Who will win the game?