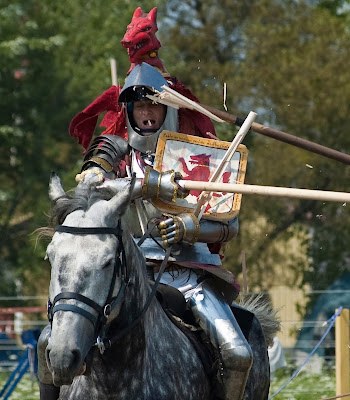 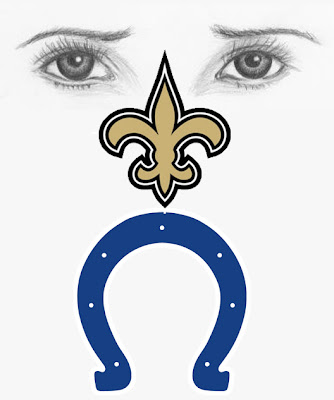 Who dat sad Hoosier? There's the rub....the sad Hoosier's on the Colts where actually natives of New Orleans. Peyton Manning, son of Saint's hero quarterback legend, Archie Manning, watched his fathers team take his chance for a 2nd Super Bowl Championship away. Reggie Wayne, a New Orleans native, drops two passes, one for a touchdown and allows the spike in the heart interception.
The recipient of that interception, Traci Porter, is a Louisiana native who played his college ball at Indiana University. And Drew Brees, who played a spectacular game for the Saints, played his college ball in Indiana at Purdue University. So the happy Saints where Hoosier sports heroes. Oh the irony!
Perhaps the real secret weapon was divine intervention. The Vatican allowed the Catholic Churches in New Orleans to display the Saints flag on the Holy Altars at Mass yesterday. A Saints banner was sent to, and displayed during Mass at the Papal Altar at St. Peter's in Rome.
The real differential came in embracing a philosophy of risk versus reward by the Saints coaching staff. As General Patton said, "The only good defense is offense." The bottom line is that the Colts played not to lose, while the Saints played to win.
Lesson for the Colts...and really for all who want to succeed in life....don't be afraid to take risks, always go on the offensive (even when on defense...the real key to the Colts lack of success), and play to win "balls to the wall".....ALWAYS!
Sir Hook Who's Balls Are Being Scraped Off the Wall this Monday Mourning of Warrick
Posted by dkWells