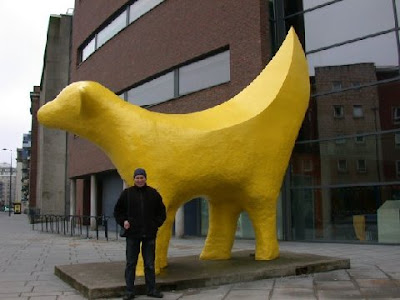 One of the hits of the insane few days we had in Liverpool...was to come across the Lambanana, or to give it its full name the Super Lambanana.

Superlambanana is a bright yellow sculpture located in Liverpool, England. Weighing almost eight tons and standing at 17 feet tall, it is intended to be a cross between a banana and a lamb and was created by Manhattan-based Japanese artist Taro Chiezo. It currently stands in Tithebarn Street, outside the Liverpool John Moores University Avril Robarts Library/Learning Resource Centre, having previously been located on Wapping near the Albert Dock.

Chiezo himself only created a four inch model and it was local artist Andy Small who created the full size replica. Developed for the 1998 ArtTransPennine Exhibition, the sculpture is both a comment on the dangers of genetic engineering and also heavily influenced by the history of Liverpool: historically both sheep and bananas were common cargos in the city's docks.

Since then, a bemused City has taken the incongruous beastie to their hearts and become very proud of it and in 2008, as part of Liverpool's year long position as European Capital of Culture, 125 individually designed miniature replicas were created. Sponsored by local community organisations and businesses in the city, the mini Superlambananas were located throughout the Liverpool and Merseyside region. One sculpture, The Highest SuperLambBanana, was located on top of Moel Famau, North Wales, recognising the very close links the city has with that region. 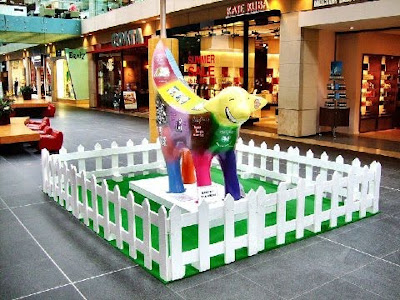 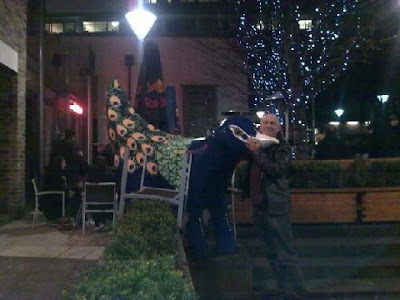 These mini Sculptures, are painted, individually by local artists, much in the manner that you often see Cow sculptures dotted and painted around Mid-west US cities, and we had great fun seeking these critters out, turning the whole thing into a delightfully random pub crawl. 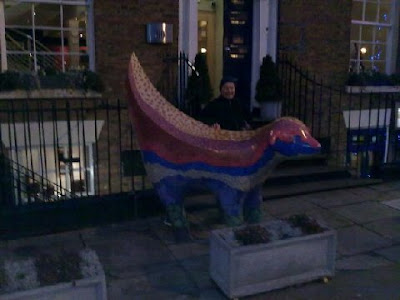 There is of course talk of going back on the trail of all 125 of the Lambanana, but for me that can only be when i have fully recovered from the last trip, and for now I am content to muse on today's Knight lesson;