A Joyous Life and A Glorious Death

Passing through Ash Wednesday into the days of Lent is one reason to review and embrace our mortality. The ashes placed on foreheads, at least in the Catholic church, are made from the burnt palms left over from last year's Palm Sunday celebration. 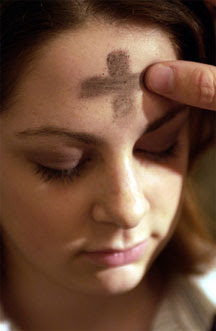 Life's celebration meets the kinetic energy of fire and turns into ashes...a great metaphor for living a joyous life and ending in a glorious death.
I know people who are afraid to live, usually because they fear death...which always seems puzzling to me...when we all will meet the fate of death at the end. They might as well already be dead.
I learned to embrace a glorious death from my mother, who at the age of 42 finally succumbed to the ravages of cancer; however, it never extinguished her joy of living. Hers was a glorious death...not only because how she lived and died...but because it gave me a road map on how to live life fully and die gracefully. 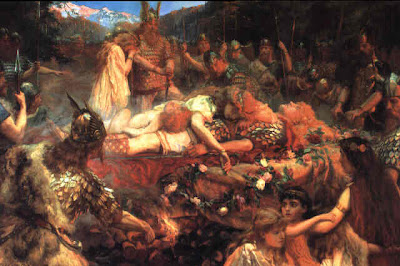 The Viking culture was one that embraced the ideal of a glorious death. Life was not worth living if you were afraid of dying. 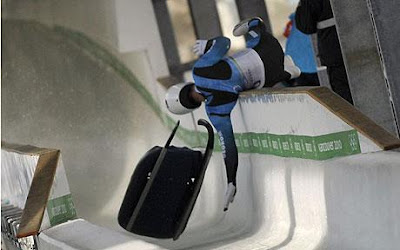 More recently, the debate on whether to continue the Luge competition after the death of Georgian racer, Nodar Kumaritashvili, at the Winter Olympics set the stage for the polar opposites of this argument. He died a glorious death...doing something he had a passion for. There was no better way to celebrate his life and death, than to continue the competition in which he died to participate.
I for one, hope to be so lucky as to die doing something I love. And if not, at least have the grace to crown my life with a glorious death.
So, during this Lenten Season spend some time asking and meditating on, "Do I have the courage to live a joyous life and embrace a glorious death?"
Sir Hook Who Chooses a Joyous Life and is Dying a Glorious Death Everyday of Warrick
Posted by dkWells