There are two sure bets this Winter Olympics:

While the U.S. is digging out of record snow falls this week, Vancouver's Cypress Mountain is blooming. That's right: There is NO SNOW!

According to once article I read, The city’s PR squad has regrettably pushed the green Olympics angle! Cute, but not funny. So, my bet first bet is that you'll tire of seeing countless video sequences of snow being trucked into venues.

Time for a beer Vancouver, you’ve done all you can.

My second bet is that you'll tire of seeing Molson Beer sponsorships -- everywhere. Yes, Molson, which has brewed beer in Canada for 222 years, is the official beer of 2010 Winter Olympics (Vancouver 2010’s official Olympic beer sponsor is half-owned by U.S. beer giant Coors). 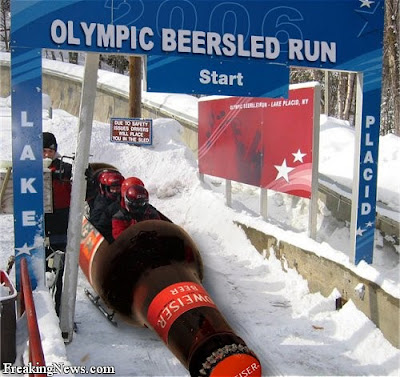