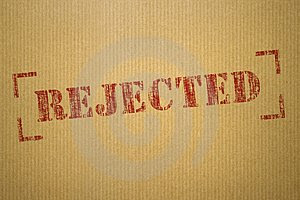 Part of my job is writing radio commercials -- telling one minute stories that sell products.

This past week I wrote a series of commercials for a client. The initial report back from the marketing department was that everyone loved them. But I know that these are the "little people" like me. What usually happens when a script or idea has to climb to the top of the ivory tower is that it gets to the top of the ego food chain and the response is often something like, “I love it, but..."

In a recent article by Paulo Coelho, he quotes playwright Brendan Behan:

“Critics are like eunuchs in a harem. Theoretically they know the best way to do it, but that’s as far as they get.”

There is no question that, as Coelho states, “Writing is an act of courage. But it’s worth taking the risk.” Yes, we must be open-minded and see everyone, even critics, as our teachers; still, rejection stings!

On a personal level, I can still write my stories in my way and share it with the universe someday. So join me. Take out pen and Moleskine (or keyboard) and write. Don’t be afraid to tell your stories. Make people think or dream. Tell your stories of love, power struggles, and arduous journeys – critics be damned! (Note: I don’t see editors as critics; they are there to help us clean up our creative spelling and unintelligible syntax. And God know that I need that).

In the meantime, on a professional level, I must suck it up and keep writing until the critic is satisfied, he writes my check, and the check clears the bank.

“Through the art of writing you will come into contact with your unknown universe and eventually you will feel like a far more capable human being than you thought you were.”

By the way, this week in 1950, Lafayette Ronald Hubbard (1911-1986) publishes Dianetics: The Modern Science of Mental Health. With this book, Hubbard introduced a branch of self-help psychology called Dianetics, which quickly caught fire and, over time, morphed into a belief system boasting millions of subscribers: Scientology.

Talking about an unknown universe. See, you never know what can happen when you're not afraid to tell your stories!