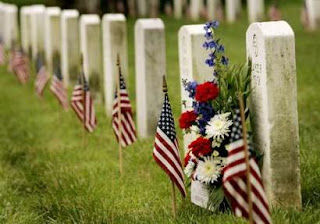 This is my first Memorial Day without my father who served in the Army. Memorial Day (United States) has always been a good time for us reflect on the subject of freedom. Freedom. Just about everyone claims to be in favor of freedom, but few seem to agree on what it means.

Even the Knights of Moleskine, Spirit, and Ale recognizes the importance of freedom. One of our mottoes states that we are “Free to create...”

The dictionary defines freedom as “being free.” In turn, free is defined as “not under the control or power of another.” How can there be so much confusion over a definition so clearly stated? But, one person’s idea of freedom can violate another person’s freedom. According to Robert Ringer, one of the great authors on the subject of freedom, “To one man, liberty means doing what he wants with his own life, while to another it means doing what he wants with other men’s lives. Therefore, both of these men say that the other one’s concept of freedom is tyranny.

“Also, throughout history, utopian thinkers have confused freedom with equality. But nothing could be more incorrect. No matter what one’s moral desires, nature has made freedom and equality totally incompatible.

“You may be surprised after a little probing,” Ringer continues, “to find that when people espouse freedom, often they are referring to their freedom, not yours. Worse, you are likely to discover that their freedom necessitates the violation of your freedom.”

Of course, we do the same thing. As business people, for example, we want to be free to run our business as we see fit with as little government interference as possible. On the other hand, we may say that it's not “fair” for big oil companies to make a huge profit at our expense. As neighbors, we want to paint our house any color we see fit. However, we don't want to see the property value of the neighborhood decline if our neighbor chooses neon orange and hot fuschia. We don't want big government in our pockets, yet many often yearn for government to “level the playing field” and equalize the result (fair equals equal?).

The more I listen to presidential candidates the more I hear them promise to fulfill artificially created rights – again, creating “rights” for some takes away “freedom” from others. I even read where Mrs. Obama said:

"The truth is, in order to get things like universal health care and a revamped education system, then someone is going to have to give up a piece of their pie so that someone else can have more."

“Everything in life has a price,” Ringer writes, “and, make no mistake about it, the price of artificially created rights is bondage — the exchange of your rights for someone else’s.”

Just something to think about. But, don't let it stop you from having a drink and being merry!