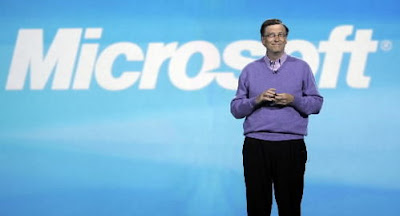 I've read stories of Bill Gates going away to a secluded cabin – away to nature – with a stack of papers and “problems.” He'd read, study, reflect, write, and then emerge with manifestos which could shift the focus of the Microsoft and the entire world! Sort of like the ancient “vision quest.”

The word “quest” jumped out at me in this morning's paper: (From AP) Microsoft faces ‘quests’ as Gates steps back. It is almost unthinkable that any one human could pick up where Bill Gates leaves off when he ends his full-time tenure today as Microsoft’s leader.

“We’ve created a thing we called quests, where we divided our types of customers down, and we got the best thinkers on these things, both the very practical people who are with the customers, the engineers who write the code, and the researchers who may be more unbound in terms of their time frame and imagination, and put them together,” Gates said (end).

Microsoft, it seems, is not saying anything specific about the actual substance of the quests. But, I love the idea of moving forward on “quests.” It's something that I've done without even knowing I was doing it. Though I have to admit, I've never come away with an idea that will change the world, I have Gone on a hike or camping trip and experienced a deeper understanding of Nature and Spirit.

Vision Quest is, of course, a ceremony practiced by many cultures including American Indians. This story about one of his Vision Quests is from Black Elk: 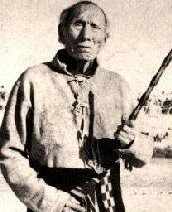 At the top of the mountain I saw made with many store a circle with a cross inside (the circle of life and the four directions). I sat down by the edge of this circle to pray. I thought this is only a symbol of the universe.

"Look and you will see the Center of the Universe. Look at every created thing."

As I looked around I saw that every created thing had a thread of smoke or light going from it.

The voice whispered, "This cord that every created thing has is what connects it to the Creator.

Without this cord it would not exist."

I saw that all these threads were tied together or joined here at this spot.

That's when I understood that all of creation, the seen and the unseen, was all related.

The voice spoke one last time, "Yes, now you know the Center of the Universe." (end)

Note, Black Elk discovered all that without the use of a laptop and wireless Internet!