Product of My Environment!

As I've mentioned in previous posts, I grew up in and live in a Midwest U.S.A. Community that is rich in beer brewing history – U.S. Beer brewing. Yes, that means that I crew up drinking (and still drink) what the rest of the world would call “flavorless swill” -- including Budweiser brands. 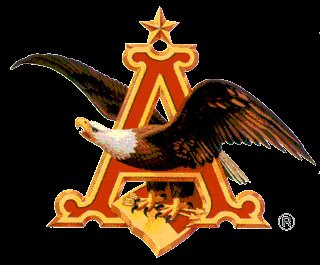 There is still hope. Thanks to more and more imports becoming available in the past few years, I'm growing to really love what “real” beer is all about – including some very flavorful Belgian brews. Budweiser might market themselves as the “King of Beers,” but the Belgians brew among the finest.

It turns out the the rest of the world sees Budweiser as a WEAK beer – but it's a MIGHTY brand.

How mighty? How about $46-billion. The Belgian/Brazilian brewing giant InBev announced Wednesday that it is making a $46-billion U.S. attempt to buy Anheuser-Busch, the leading brewery in America and the maker of Budweiser. 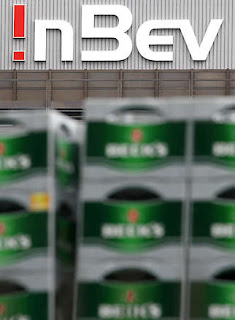 A Belgian/Brazilian company buying our Bud? Buying our clydesdales, wagon, and dalmatians? Not so fast: Americans have rushed to denounce the threat to an American icon. A petition opposing the takeover has already garnered tens of thousands of signatures screaming to “keep the Eagle flying.” Americans, it seems, are appalled at the thought of bud passing into foreign hands

This one should be one fascination on-going debate at bars, taverns, pubs...

Let's have a beer sometime and discuss how all this is playing out.