Usually when I attend Church I hear things proclaimed from the pulpit that I agree with and disagree with.  As of late, the separation of Church and State has decided to have an affair with each other and the results are horrid; like, a South Carolina priest who told his congregation that if they voted for Obama they couldn't receive communion, and if they did they would be going to hell.  Unbelievable!  He would do well with the Taliban. 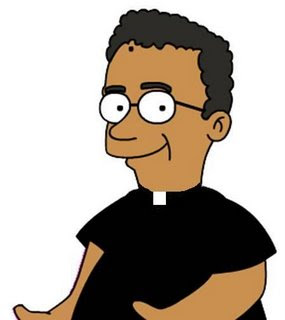 But here's a spiritual message that we can all sink our teeth, or any other part of our body into, with "con mucho gusto"...HAVE SEX EVERYDAY FOR 7 DAYS!!!
According to an AP report on November, 12th, a pastor of a mega-church in  Fort Worth, Texas, says he will challenge married congregants during his sermon tomorrow to have sex for seven straight days-and he plans to practice what he preaches.  (I bet!)
Young, 47, said he believes society promotes promiscuity and he wants to reclaim sex for married couples.  Sex should be a nurturing, spiritual act that strengthens marriages, he said.  (I agree!)
"God says sex should be between a married man and a woman," Young said. (Interesting the "a" here, could legally be interpreted a married man and any woman.  As Bill Clinton would say, "It depends on what your definition of "a" is?)  "I think it's one of the greatest things you can do for your kids because so goes the marriage, so goes the family."
Earlier this year, a southwest Florida pastor, perhaps having more faith in his congregant's stamina, issued a 30-day sex challenge.
Of course, being Catholic, I would propose a 40 days and 40 nights sexual vigil twice a year for Lent and Advent.  Now that's stamina!
How BIG is your faith?
Sir Hook Who's Hanging on a Prayer of Warrick
Posted by dkWells