Governors & Politics by the Numbers

I usually don't do two blogs in one day; however, I didn't want to raise this point once the election results are finalized tomorrow.

While I was flipping between the Washington Redskins defeat by the Pittsburgh Stealer's (which according to NFL stats means Obama will win the election...no incumbent party has retained office after a Redskin loss at home before the election...how wild is that!) and the SNL Presidential special featuring Tina Fey doing her Palin routine (dead on), I was struck by the thought that I don't know much about these "powerful decision making executives" in our other States. So, I looked them up. Here they are by the numbers: 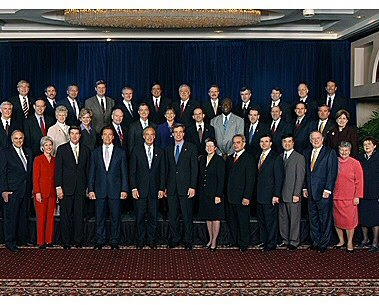 1. There are only 9 female Governors, only 3 Republicans and only Palin is younger and good looking. (Explains that decision.)

2. The majority of Governors are Democrats. Of the 28 Democratic Governors, 17 were attorneys and 15 were Catholic. That means if you're a Roman Catholic Democrat with a law degree you have a great shot at being Governor. (Damn, I knew I should have went to Law School!)

3. As far as other previous occupations go, attorney was the overwhelming majority thanks to the Democrats 17 and the Republicans 3. The next largest group were career politicians and business owners at 5 a piece. It was also interesting to note that of the 5 business owners 3 were Democrats. The rest were filled with banking, insurance, military, teaching, business managers, farming, real estate, health care and a rancher.

4. Catholics were by far the majority represented religion, followed in order by Episcopalians, Baptists, Methodists, Presbyterians, Evangelicals and Lutherans. There were 3 of the Jewish faith and 1 Mormon.

5. Of the 43 current Presidents (soon to be 44), 20 of them were Governors. In fact , since 1971, 4 of our last 5 Presidents were Governors. Most Presidents either are elected after being Governor or a Senator; however, some were VP's before, other's Generals and some times a combination of several of the above, as evidenced by 2, both named Andrew. (Andrew Jackson and Andrew Johnson).

6. Only 13 of the 50 States have had a Governor elected President.

7. Indiana (my State) had one, who was another General turned Governor, elected President, William Henry Harrison. (His estate is just about 40 miles north of here in Vincennes.) 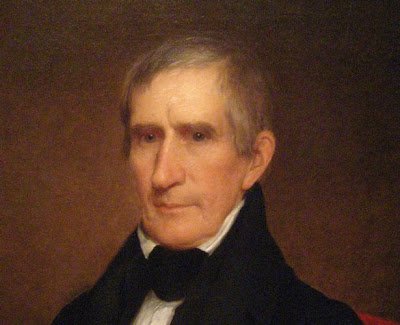 8. One Governor is a member of the Knights of Moleskine, Spirit and Ale...Sir Edward of Philadelphia. (Jewish, Democrat, former Attorney and Beer Lover) 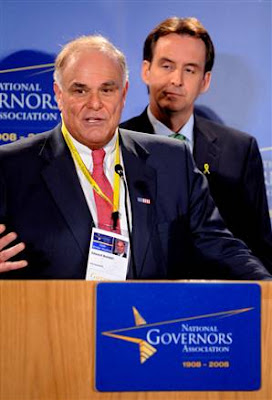 So that's the Governors & Politics by the Numbers.