Seek And Ye Shall Find

The word geo-cache came up in a blog the other day. Its not a word that is known here in the UK, but it struck me as a cute name for what we do have here; an ancient rural landscape that is literally covered in metallic debris from early Celtic times up to today's messy society.

Over twenty years ago I treated myself to a top of the range metal detector, and immediately it married my love of history with my love of the outdoors. Suddenly, the green and arable world around me became a treasure trove, not in monetary terms, but in insights to how our forefathers trod these self same places that we now tend to drive through at great speeds on our own daily fight for survival.

Even the simplest field will throw up old horse shoes and brass tack. Musket balls ( below ) from Georgian landowners out shooting for the pot, 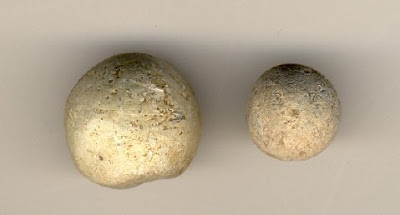 and even lead tokens, that the farmworkers used to be paid in, that they would save up and cash in at the end of the week for a wage, this to keep them from going to spend a days money in the Pub and not turning up the following day through being drunk.

For the more interesting finds you have to become a historian, and landscape detective. To narrow down your chances of finding the good stuff, you pore over the old nineteen sixties Ordnance Survey maps that still contained references to ancient sites (the modern maps , wary that Detectorists do this, tend to not show the pre-medieval sites), seeking out where two country footpaths cross between three or four villages (a favourite site to hold transient weekly markets, where people would typically drop coins in the mud and grass) or south facing hills near the routes of ancient Roman roads, where the warm blooded Romans would build their villas and dwellings in the limited British sunshine.

You also scour the online aerial maps and good old Google earth, for likely fields and bridle paths with interesting crop and grass markings, evidence that ancient dwelling once dotted the site. (we are prohibited on threat of prison from Official Heritage sites, but England is just one big heritage site anyway so it doesn't matter.)

Then, with the farmers permission, you set out. But before you get your detector out of the van, you walk the prospective site, the best ones being newly harrowed, pre- seeding fields, where you look out for shards of pottery amongst the stones.

You become very practiced at this, and over the years I have taken friends with me on expeditions locally...and amazed them by turning up Roman,Medieval & Tudor pottery within the first few stride of entering a field. You look for high class pottery, kitchen pottery, decorative stone masonry, bearing in mind all the time that the modern plows and horse drawn plows have been stirring the field, like a big cauldron for hundreds of years, breaking the surface up and turning it over and over.

And then you are ready. With evidence that you are on a "hot" site , the detector is withdrawn from its bag, tested by throwing your own coin on the ground, and satisfied that you get a healthy, sharp signal when you encounter anything small and metallic, you are away for an afternoon of adventure back in time.

And anywhere back in time is where you might end up. Of course you dig up your fair share of modern nuts and bolts and shotgun cartridges, tractor keys and fence staples, but over the years, if I do my research first, I have amassed pocketfuls of buttons, belt buckles, shoe buckles, broaches, rings, sword and sheath parts, gun parts,bullets and coinage from every period right back to Roman times.

The Romans were in England from 1 AD to around 400AD...though by that time they had started to slink away, as their Empire was collapsing, leaving behind a whole society of Romano-Britons who had liked and assimilated the Roman affluent culture, it was difficult to tell when the Romans actually did leave. 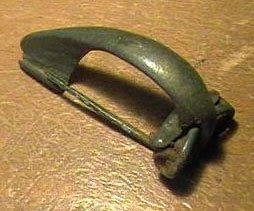 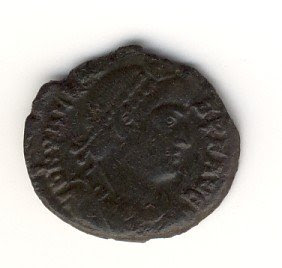 Whenever I get the detector out, the average Joe, will say..."Oh you going Treasure Hunting then?", thinking that you are going to immediately unearth a pot of gold coins, hidden away in the days when there were no such thing as banks, by someone who was later killed, before they ever returned for them. It happens, once every blue moon.

But that's half the point why myself and a few other acquaintances do it, to suddenly unearth an object dropped and lost on some day, long ago, by somebody with the same human frailties as our own, and to hold it for the first time since that distant moment, and afterwards in a local Inn, by a black oak beam fireplace with a glass tankards of local ale, we'll concoct likely tales between us till late in the evening, of how our finds came to lay for thousands of season in the soil, and how we ourselves, are but a simple generation in time. 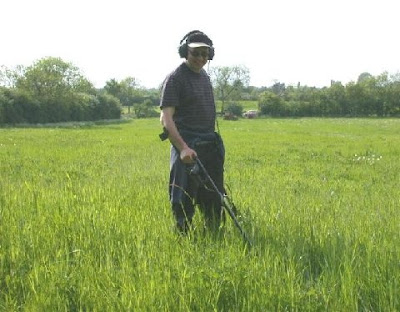 Sir Dayvd (the Gold Digger) of Oxfordshire
Posted by dkWells