Journals, Big Ideas, and the Answer to a Trivia Question:

From time to time we discuss Journals and Big Ideas on this blog. This is a brief story about both.


If we had been around on this week in 1877, we might have heard a young journal writer and great thinker announce his first major invention had come “off the pages of his notebook” and into reality. The American inventor Thomas A. Edison announces his invention of the phonograph, a way to record and play back sound. 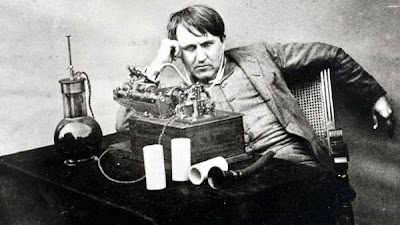 Edison stumbled on one of his great inventions--the phonograph--while working on a way to record telephone communication at his laboratory in Menlo Park, New Jersey. His work led him to experiment with a stylus on a tinfoil cylinder, which, to his surprise, played back the short song he had recorded, The first recorded song? (answer below). Public demonstrations of the phonograph made the Yankee inventor world famous, and he was dubbed the "Wizard of Menlo Park." 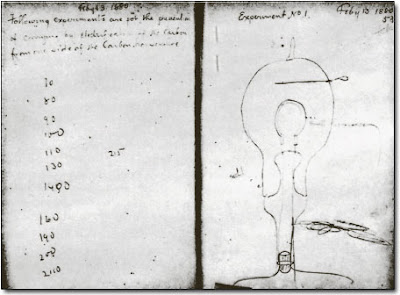 Today, Thanks to the tireless work of the Thomas A. Edison Papers at Rutgers, The State University of New Jersey, the daily record of Edison's extraordinary life and achievements is coming to light (pardon the pun). There, they have over five million pages of documents chronicling one of the most creative technical innovators in the history of the world.

In addition to being highly creative, Edison also had a lot of other great Knight-like qualities: He was a savvy businessman and shrewd manager with enormous talent for transferring technology from laboratory to market. He designed economic considerations into nearly all of his inventions and recognized the critical role that promotion and hustle play in a product’s success. His insight sets a powerful, instructive model for corporate leaders even today.

So, fellow Knights, What will you invent with your life today?

It's time to get out those Moleskines (or whatever journal you use) and start creating. Be savvy. Be a shrewd manager of resources. Promote and Hustle.


The first recorded song? A) "MARY HAD A LITTLE LAMB".